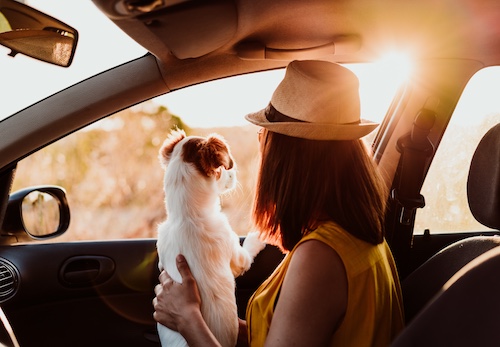 The Gazzetta di Modena, a local newspaper, reports a 2020 statistic on police interventions aimed at safeguarding the rights of pets in the city of Modena.

Someone left his cat locked in the car for hours in the summer heat, while someone else ‘got rid’ of his parrot, abandoning it in front of the rubbish bins.

These are just some of the more than 200 cases, including reports and interventions, recorded in 2020 by the local police in connection with respect for animal welfare in the city of Modena. Eighty-five of these concerned situations of animals in danger or abandoned, often carried out with the collaboration of the Municipality’s Animal Rights Office and the Ausl Veterinary Service.

The reports mainly concerned cases of dogs confined to chains (a restriction forbidden by law), dogs continuously locked in cages, episodes of violence between dogs or aggression involving people. In addition, as usual, the summer saw an increase in calls about pets left on balconies or locked in vehicles.

In some of these episodes, when the dog warden discovered a violation, a fine was imposed on the owners, together with instructions on how to keep the animal more appropriately. In other cases, for the most serious circumstances, the owners were charged with the offence of mistreatment of animals, with up to 18 months’ imprisonment and a fine of up to 30,000 euro.

The police of Modena, interviewed, try to find a plausible and general motivation: ‘Most situations derive from a lack of knowledge, not only of the rules but also of the animals. The dog, for example, has its own individuality and the key word that ties everything together is ‘relationship’; today the relationship with the dog should be analysed in a much freer, open and less emotional way. We need to go beyond the concept of pets; the relationship is thus called into question on the basis of a greater encounter’.

All this, and we repeat it to make you understand the extent of the situation, only concerns the reports and police interventions in the Emilian city during 2020. This is an impressive number when compared to the national level and, despite the improvements, it shows how much still needs to be done to reach an acceptable level for animal rights.

At Preemio, we help people who want to take the best possible care of their animal friends. And we are committed to using our voice to raise awareness of the rights that animals should have, and which are too often underestimated.